Homes for Sale in Henderson, NV

Are you planning on buying or selling a home in Henderson, NV? Text (702) 718-3878 to speak with a local Henderson real estate agent or contact us today.

Homes for sale in Henderson, NV. Browse Henderson homes for sale on this page or to schedule a showing, contact us today. If you haven't already, be sure to register for a free account so that you can receive email alerts whenever new Henderson real estate listings come on the market.

Founded in 1953, Henderson is the 2nd largest city in Nevada and has received numerous awards for its high standard of living. Today, there are roughly 300,000 people living in Henderson.

Located about 16 miles to the southeast of Las Vegas, Henderson real estate is sought after because it feels like the suburbs, yet is near the excitement of the Strip and close to the great outdoors. From most places in Henderson it's a quick 20-minute drive to the Las Vegas Strip and 15-minutes to McCarran International Airport.

There are a lot of Henderson neighborhoods and communities worth taking a look at when searching for real estate. Here’s a short list of twenty areas to consider when buying a house for sale in Henderson.

Buying real estate in Henderson means you get to live in a place that's been called one of the "Best Places to Live" by Money Magazine. There's something for everyone of all ages to enjoy in Henderson. With a strong job market, thoughtfully planned communities and a great location next to Las Vegas, Henderson offers a dream lifestyle for many.

Henderson has so many things you can do for entertainment and recreation. The city is full of parks, paths and trails so you can stay active outdoors. There are several shopping districts chock-full of top retail stores and restaurants. Lastly, Henderson real estate is located conveniently near Lake Las Vegas and Lake Mead, which offer tons of outdoor adventures.

One of the big reasons why people from states like California are moving to Nevada and buying homes for sale in Henderson are the tax benefits. In Nevada, there's no state income tax and low property taxes, which makes houses in Henderson very attractive.

Comparing Houses for Sale in Henderson, NV vs Las Vegas

While some people think of Henderson as a suburb of Las Vegas, it's actually its own city with a government, fire department, police and school district. As with anything, there are pros and cons to buying real estate in Henderson instead of Las Vegas. When comparing homes for sale in Henderson versus Las Vegas, there are a few things to keep in mind.

When looking at Henderson real estate, keep in mind the city and many of its communities were built later than Las Vegas, so homes are generally newer. If you're looking for vintage homes, then Las Vegas may be a better choice. But if you want the feel of newer built suburbs and communities, you may opt for a house in Henderson.

Henderson homes were built by many of the same top builders that you'll find in Las Vegas, so you can rest assure the quality is there. There are new home communities in Henderson by builders such as Tri Pointe Homes, Lennar, Del Webb, KB Home, Toll Brothers and Richmond American.

Another thing to keep in mind when buying a house in Henderson is the current price and its potential future value. If you look at the Henderson housing market, you'll see that homes in Henderson generally cost more than Las Vegas properties. You should think about what value you might be receiving from this additional cost and the quality of life you may find in Henderson.

Homes for sale in Henderson that are more expensive than comparable properties in Las Vegas may hold their value better in the long term, although it's never a guarantee, as there are many factors that go into home values. While it's not prudent to speculate on future prices when buying a home, it's still something to keep in mind.

Probably the biggest comparison you'll need to make when considering buying real estate in Henderson instead of Las Vegas is the location and community amenities. Las Vegas is a bigger city than Henderson, but living there may put you closer to the fun and excitement.

On the flip side, many communities in Henderson offer guard-gated living with resort-style amenities, which is harder to find in Las Vegas. Of course, any time you're looking at homes for sale in Henderson, the thought of purchasing across town in Summerlin may appear. Be sure to read our guide Henderson vs Summerlin.

Contact a Real Estate Agent About Homes for Sale in Henderson 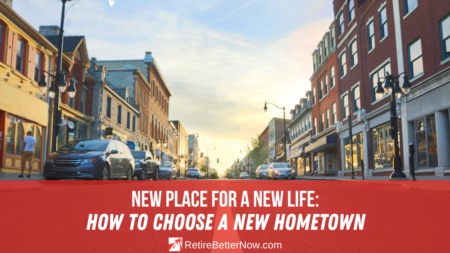 Moving
New Place for a New Life: How to Choose a New Hometown
BY RetireBetterNow.com (RBN)
View All Blog Posts

New Place for a New Life: How to Choose a New Hometown 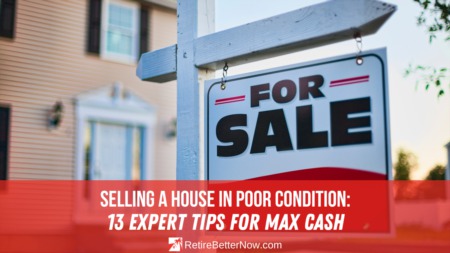