The Paseos in Summerlin, NV Real Estate & Homes For Sale

The Paseos in Summerlin, Las Vegas, NV is a 768-acre village consisting of single- and multi-family homes. Located on the western edge of Las Vegas in Summerlin West, The Paseos is known for its wide variety of real estate ranging from luxury homes in gated communities to starter homes and townhomes; and its proximity to parks, Red Rock Canyon National Conservation Area and Downtown Summerlin®. Learn more about this village and browse real estate & homes for sale in The Paseos Village, Las Vegas, NV below.

SEE ALL HOMES FOR SALE IN sUMMERLIN

The Paseos Village in Las Vegas’ Summerlin is bordered by Desert Foothills Drive to the east; Charleston Boulevard to the south; Far Hills Ave to the north; and Sky Vista Drive, several new home communities and the stunning Red Rock Canyon to the west.

The Paseos is close to the 215 Beltway which provides quick access to the rest of the Las Vegas Valley. The village is just minutes from Red Rock Casino Resort and Downtown Summerlin®, where you’ll find 125+ shops and restaurants, plus Las Vegas Ballpark® and City National Arena. 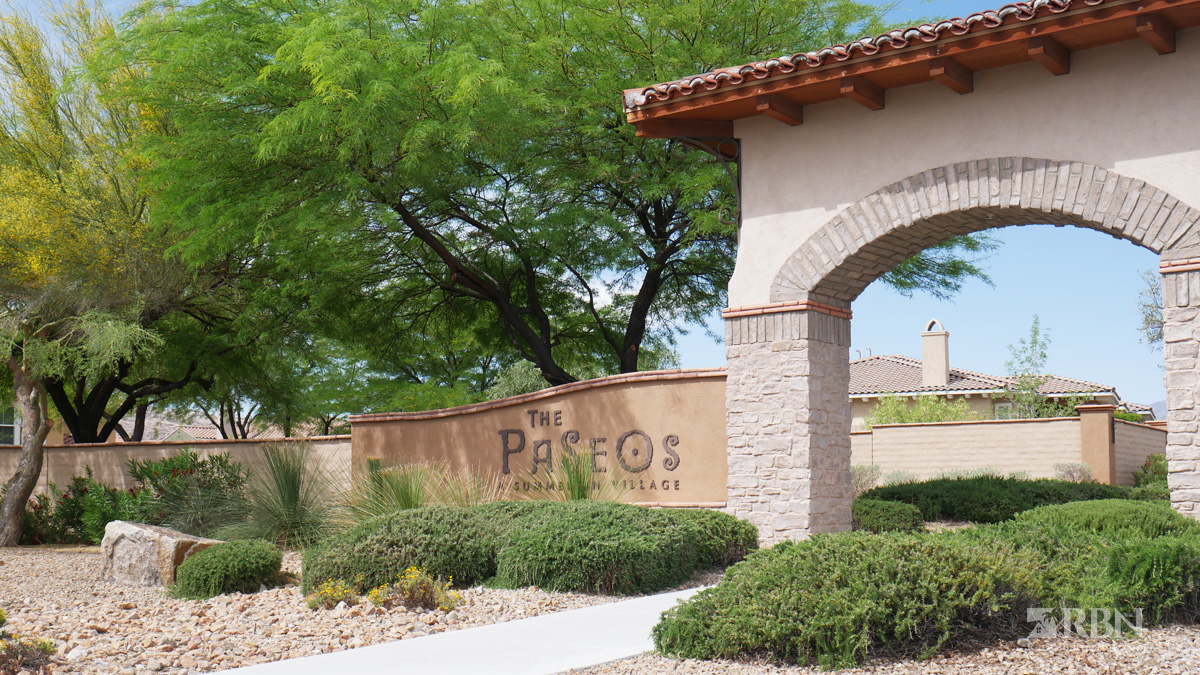 There are many subdivisions within The Paseos, which started development back in 2003. Over the years, builders in The Paseos Summerlin have included include Toll Brothers, Lennar, Pulte, KB Home and Woodside Homes.

In The Paseos of Summerlin in Las Vegas, you can find homes ranging in price from approximately the $300’s to more than $1 million. There’s a wide assortment of properties for sale in The Paseos, which often include everything from sprawling single-story custom homes and large 2-story homes to modest single-family homes and townhouses.

One thing that makes real estate in The Paseos unique are the views. Because this Summerlin Village is built at a higher elevation than most neighborhoods, some homes feature stunning views of the Las Vegas Strip to the east and Red Rock Canyon to the west.

Neighborhoods in The Paseos Village at Summerlin, NV

The Paseos Village Subdivisions in Summerlin

Outdoor activities in The Paseos are not just limited to the two above-mentioned parks. Nearby residents may also access Arbors Paseo Park and of course the Red Rock National Conservation Area for hiking, biking, camping and more. Those in search of golf will be happy to know that The Paseos are close to several golf courses in Summerlin, including The Arroyo Golf Club, TPC Las Vegas and Eagle Crest Golf Course.

The Paseos at Summerlin are a quick drive away from the posh center of the action in west Las Vegas – Downtown Summerlin®, which features over 125 stores and restaurants ranging from national to local retail brands and fast food to fine dining. Downtown Summerlin is also home to two professional sports venues: Las Vegas Ballpark® and City National Arena.

Schools in The Paseos​

Residents of The Paseos are served by the Clark County School District or can send their children to any number of private schools in the area. Vassiliadis Elementary School is located inside The Paseos.

Interested in The Paseos Village real estate? Fill out the form below to get started!

Search Homes For Sale in The Paseos Village, Summerlin, NV

Back to Summerlin Villages